Lyrics: The skeletons in the cupboard

Lyrics: The skeletons in the cupboard

Have you ever thought back about songs that seemed perfectly innocent when you were young but take on a whole different colour when you grow up? The UK’s Charlie Brooker details that in a fun article in The Guardian. He also takes a look at two current tracks he likes, but doesn’t dare sing out loud. They happen to be by Kunt and the Gang and Jonathan King. This also brings me to another point: how many songs actually say anything? 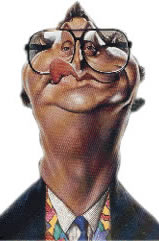 I’ve often mentioned how “Every Breath You Take” gives me the shivers. But Brooker points to another series of well-known songs, such as Tom Jones’ “Delilah” in which the singer basically knifes a woman. Then there’s “Young Girl” by Union Gap: “…better run girl, you’re much too young girl”. No-one would dare write that today, and no label would surely touch it.

Jonathan King, however, is in a class of his own. The “disgraced” pop mogul who had huge hits with “Everyone’s Gone to the Moon” and “Una Paloma Blanca” fires off salvoes at many of today’s woes, lots of them involved with morality and the media. This makes the recent album “Earth to King” (one of the nominees for a Mercury Prize) almost unique these days. Brooker picks up on the reggae track “The True Story Harold Shipman”, where King gives one interpretation of the British serial murderer. How many artists out there are actually commenting on current events with any serious thought?

Meanwhile, what’s the favourite skeleton in your cupboard?