x
by The Accidental Lyricist
on April 15, 2007
under meanings, news, politics, protest
∞ Permalink

Can Snoop Dogg call a black woman a whore? 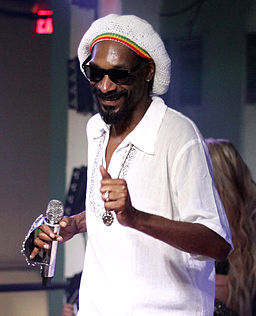 Who can and cannot call black women “whores”? Who can or cannot call coloured people “niggaz” (as if the z makes any real difference)? It’s funny that it took an aging loudmouth radio presenter – Don Imus – to finally bring the issue of bling lyrics into the public arena. And since then, a lot of the debate has been shuffling around what could be called cultural relativism – the idea that Snoop Dog can call black women whores, but Don Imus can’t. But there’s a glaring problem with that.

There has been a strong demand for years already for the American rap community notably to stop treating women as whores. Countless people – including Salt’n’Pepa, who probably know just a little about the issue of urban culture – have stood up and complained. The issue is also relevant in many African countries. The lyrical treatment of homosexuals was also a major issue in Jamaica.

Why? Shouldn’t we just shrug it off? It’s only a song, after all, or the fantasising of young male teenagers with a microphone and no real idea what to say into it. The trouble is that if you repeat a word often enough, it becomes de-sensitised.

So to the question, “Can Snoop call a black woman a whore, while Dom Imus can’t?”, the answer is, no. Both are wrong, but you can’t fire Snoop. He doesn’t have prime-time radio shows with presumably black listeners. So exit Don Imus stage right.

But am I the only one who was intrigued by Snoop Dog’s defence of the word “ho” to MTV recently. Snoop Dogg said that rappers “are not talking about no collegiate basketball girls who have made it to the next level in education and sports. We’re talking about ho’s that’s in the ‘hood that ain’t doing sh–, that’s trying to get a n—a for his money. These are two separate things.”

Do I read that it’s OK to slap a girl down if she’s poor and uneducated? Surely not. “First of all, we ain’t no old-ass white men that sit up on MSNBC going hard on black girls,” Snoop Dogg told MTV. “We are rappers that have these songs coming from our minds and our souls that are relevant to what we feel. I will not let them mutha—-as say we in the same league as him.” Skipping over the racist slur, I’d say this to Snoop Dog: ask women what league they think you are in. They’re the ones who are being stepped on for cheap laughs.

Meanwhile, I can’t help missing Sly Stone – Prince’s clearest influence – whose album “Stand” featured a track called “Don’t Call me Nigger, Whitey”. In terms of lyrics, that’s about all you get. Except for the bit that goes, “Don’t call me Whitey, Nigger”. Stone was an inspired producer, whose mixed bands re-wrote the history of music by spot-welding rock and funk. Check “Don’t Call Me…” here.